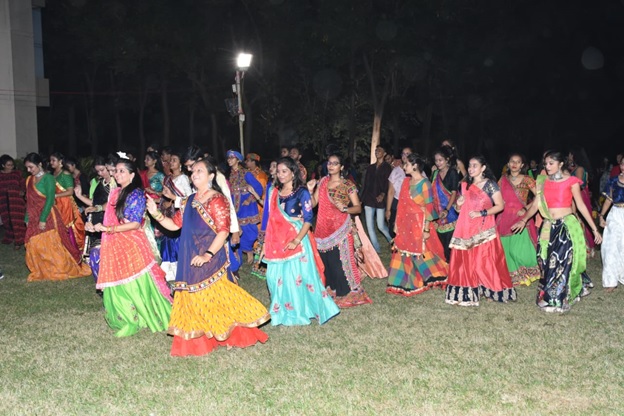 Raas or Dandiya Raas is the traditional folk dance form of Gujarat. Along with Garba, it is the featured dance of Navratri evenings in Western India. Garba is performed after Aarti (worshipping ritual) as devotional performances in the honor of the Goddess Durga, while Dandiya is performed after it as a part of merriment.

Garba was celbeated on Saturday evening, 12th October 2019 with great enthusiasm. The function continued from 6:30pm to 9:00 pm. Traditional dress code “ghaghra choli” and kediya was followed by all the students. This event brought awareness among the students about the traditional customs while enjoying the garba night.

The celebration ended up with the award ceremony and girls were awarded for their awesome performances. They were also entitled for their talent and looks.